This blog post is about two interesting cases seen at City Vet during the month of September. We hope you enjoy reading about them!

Max is a 9 year old Jack Russell Terrier who was attacked and bitten by another dog who was loose at the time. Max was brought into City Vet straight away and on examination we found he had a cut (approximately 5cm long) over his eye which was swollen and very sore. Our vet, Donal, decided he needed surgery to treat the wound which required a general anaesthetic. The wound had to be debrided, which means any dead or infected tissue was removed, and the skin sutured together. A penrose drain was also sutured in place to allow any fluid that may accumulate to drain. Wounds in older patients can take longer to heal so it was very important that the conditions for healing were optimised. Max recovered very well post surgery and went home that evening with his Tablock collar on and some medication.

After 3 days, Max returned for a post op check and his wound was healing very well. The penrose drain was left in for a further 2 days and was removed 5 days post surgery. His sutures were removed 10 days after surgery and is he recovering very well after his ordeal.
Not all wounds will require surgery like Max’s did but it is very important to have cuts or wounds on your pet examined by a vet as soon as possible as infection can set in very quickly making the wound more difficult to heal. Never dress or bandage a wound yourself as they may cause more harm than good. 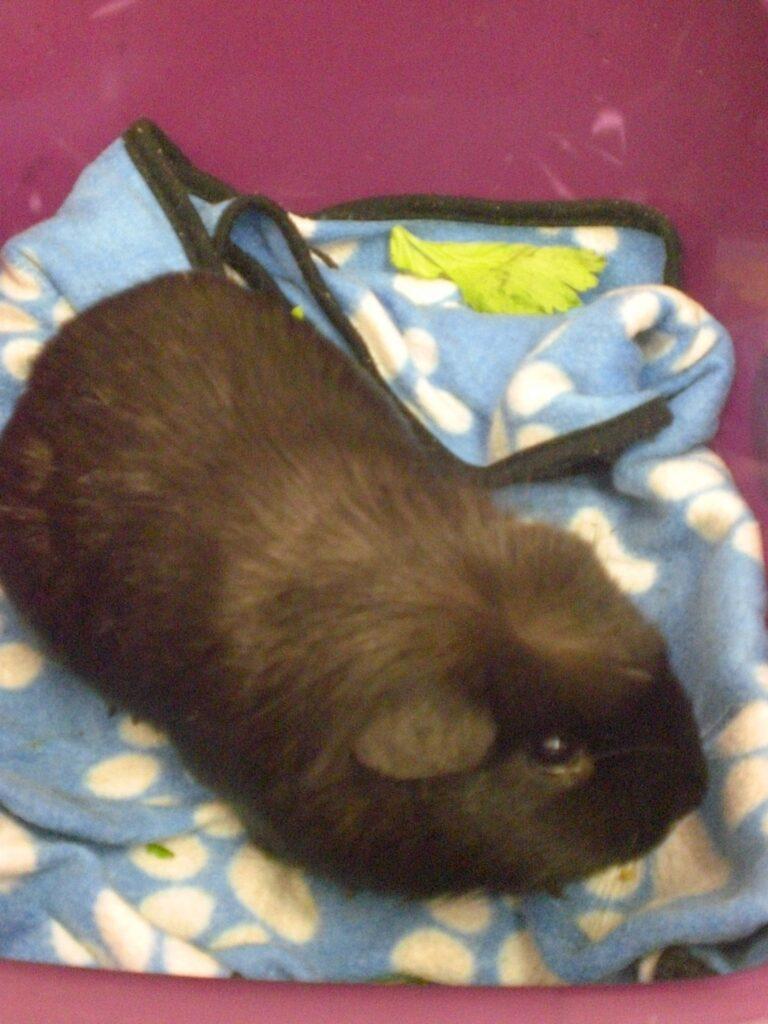 Simon is a 7 year old Guinea Pig full of character who loves his food! His owner found a large mass on his chest. Once it was examined, it was decided to remove it.

Simon was admitted to the clinic one morning for surgery to remove the mass. Once Simon was under general anaesthetic, the surgery site was clipped and scrubbed. The lump was then removed and the wound sutured. Simon recovered very well from his anaesthetic and soon tucked in to his lunch of parsley, cucumber & peppers. He went home to his relieved owners that evening. He continues to recover well.
His mass was sent to a laboratory for Histopathology to see what kind of mass it was. Thankfully, Simon’s mass was benign.

Posted in Latest News
We use cookies on our website to give you the most relevant experience by remembering your preferences and repeat visits. By clicking “Accept All”, you consent to the use of ALL the cookies. However, you may visit "Cookie Settings" to provide a controlled consent.
Cookie SettingsAccept All
Manage consent